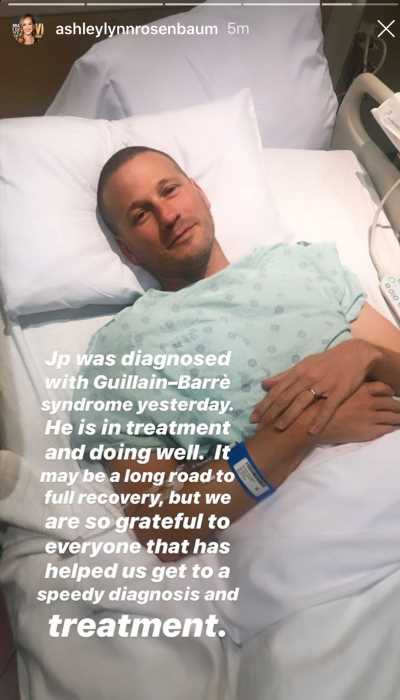 Bachelorette alum Ashley Hebert revealed that her husband, JP Rosenbaum, has been diagnosed with Guillain-Barré syndrome.

“JP was diagnosed with Guillain-Barré syndrome yesterday,” Hebert, 34, posted on her Instagram Stories on Sunday, December 8. “He is in treatment and doing well. It may be a long road to full recovery, but we are so grateful to everyone that has helped us get to a speedy diagnosis and treatment.” 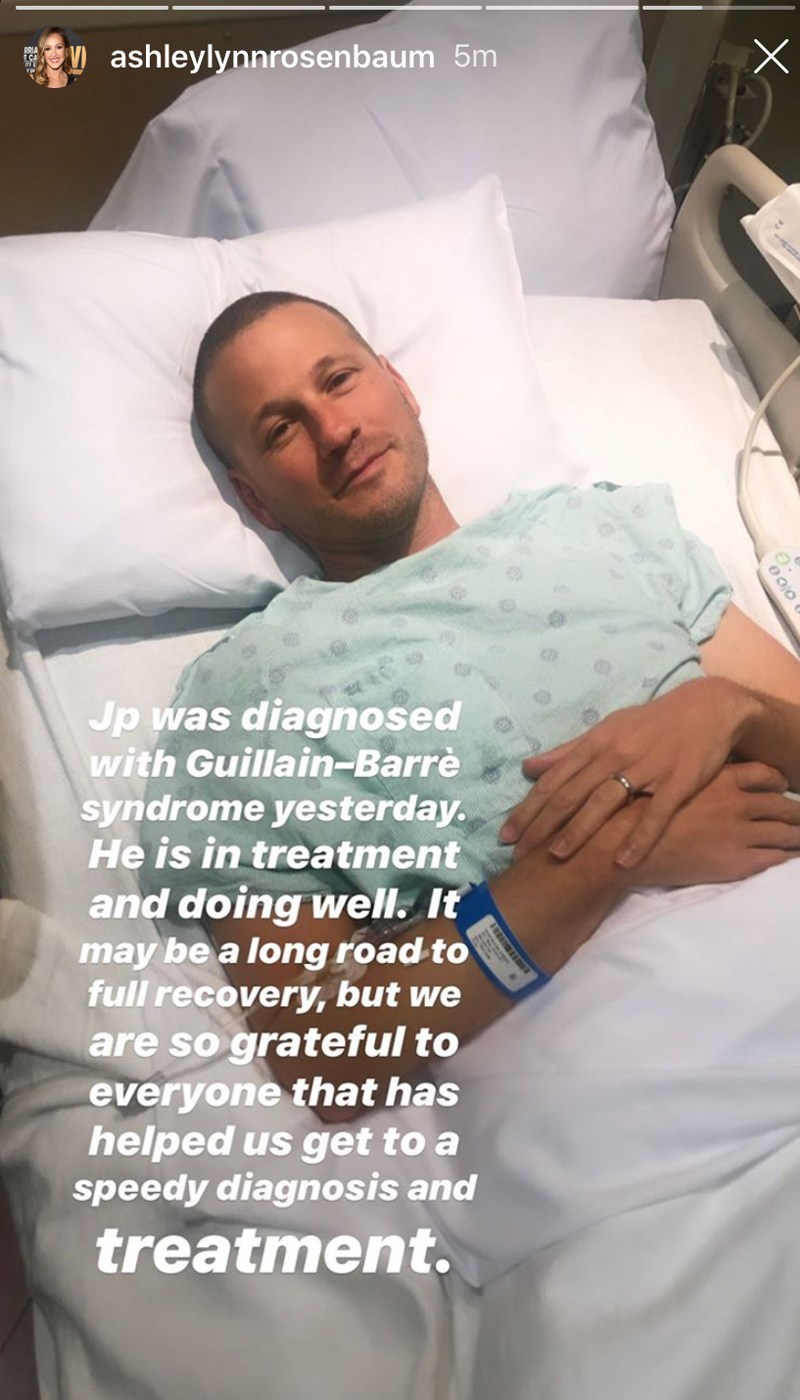 Rosenbaum, 42, posted a series of videos to his Instagram Stories as he lay in his hospital bed on Sunday, describing the diagnosis as “very surreal and humbling and crazy, rare.”

“Things you do every day, like picking up this phone, or buttoning buttons, tying shoelaces, putting on deodorant, just can’t do it,” he said. “Picking up my kids, can’t do it. Wiping your ass, maybe TMI, but might have Ashley assist on the next one. Can’t really believe it.”

He added that he may be spending the next few days in the hospital as doctors work out if his symptoms have plateaued. He added that “there’s lots of physical therapy” in his future.

Guillain-Barré syndrome is a rare neurological disorder in which the body’s immune system attacks the nerves. Weakness and tingling in the arms and legs are the first symptoms but it can progress to paralysis. There is no known cure but treatments including plasma exchange and immunoglobulin therapy can relieve symptoms, and physical therapy is needed.

Hebert and Rosenbaum met on season 7 of The Bachelorette in 2011 and married in December 2012 in a ceremony that was officiated by Chris Harrison and aired on ABC. The couple share two children, son Fordham, 5, and daughter Essex, 3. They renewed their vows in Aruba in August 2018, nearly six years after tying the knot.

Rosenbaum shared a photo with his wife and kids on Instagram earlier this week as he wished Hebert a happy anniversary.

7 years down, probably about 3-4 more to go. Happy anniversary to the woman responsible for all the love and happiness in this picture (and basically all my pictures for the last 7 years). ❤️ u @ashleylynnrosenbaum

“7 years down, probably about 3-4 more to go,” he captioned the photo. “Happy anniversary to the woman responsible for all the love and happiness in this picture (and basically all my pictures for the last 7 years). ❤️ u @ashleylynnrosenbaum.”