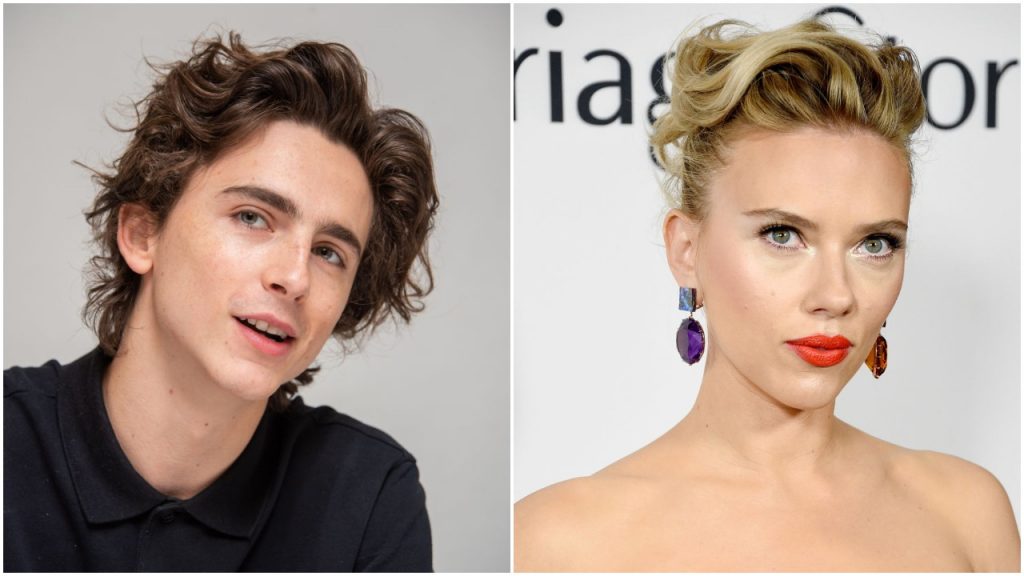 Scarlett Johannsson is known for making some pretty controversial statements, from remarks about some of her movie roles to her support of Woody Allen. Fellow actor Timothee Chalamet poked fun at one of her controversial moments in a recent interview.

Sitting down for an interview on The Tonight Show Starring Jimmy Fallon, Chalamet talked about how much he wants to star in more Greta Gerwig films. He first worked with the director on Lady Bird with another frequent Gerwig collaborator, Saoirse Ronan.

“Greta, if you’re watching this…you want me to play a chair or a tree…like Scarlett Johansson, I’ll play a tree,” he said.

Chalamet is referencing Johannsson’s response when people were upset about the fact that she was cast as a transgender man in the upcoming film, Rub & Tug, as well as when she played a whitewashed character in Ghost in the Shell. In response to the controversy, the actress said, “You know, as an actor I should be allowed to play any person, or any tree, or any animal because that is my job and the requirements of my job.”

She would later walk back and clarify those comments in another interview. “I personally feel that, in an ideal world, any actor should be able to play anybody and Art, in all forms, should be immune to political correctness,” she said.

Both Chalamet and Johansson have new movies either out now or coming out soon. Chalamet stars in Gerwig’s Little Women, which will be in theaters on Dec. 25.