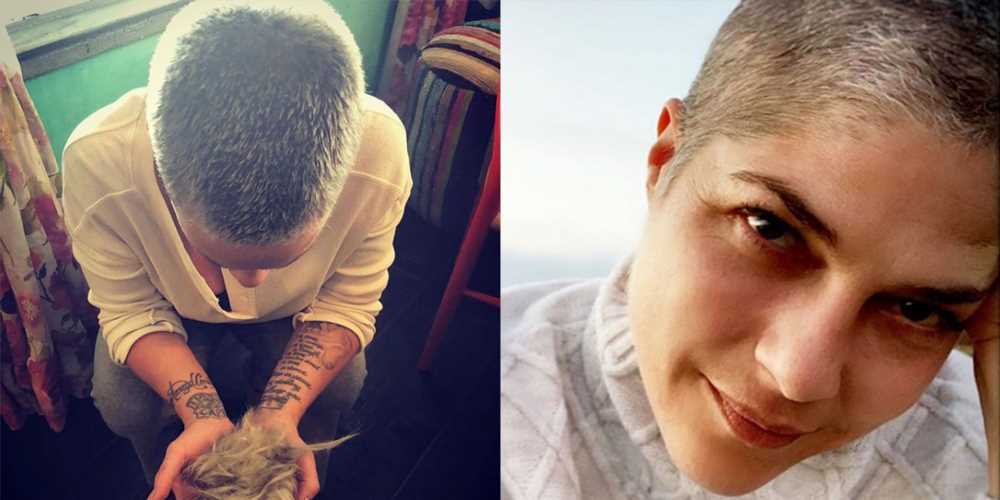 Pink and Selma Blair look sort of alike to begin with, but now they’re officially #twins. On Instagram yesterday, the “Hurts 2B Human” singer, 40, revealed that she just got a new haircut. In the pic, Pink shows her blonde hair cropped short with a buzzcut, holding the shorn locks in her hands. “Letting Go,” she wrote in the caption.

Selma Blair, who shaved her head this past June amidst her multiple sclerosis treatment, soon commented, “Twins!!!!🖤” on the post. But the After actress wasn’t the only one who noticed the resemblance—several fans said they thought the picture was actually of Selma. “@selmablair I thought this was you at first!!” one follower wrote, while another said, ” I thought it was a picture of you at first, rocking the twin look together now! ❤️.”

Since undergoing chemotherapy for her MS, Selma has been a vocal about embracing her new buzzed, salt-and-pepper hairstyle. In November, she told followers that she buzzed her hair short so she and her eight-year-old son would get used to the idea of her no longer having long, brown hair.

Once Selma’s hair started to grow back, she decided to “leave it short and grey, something I have never before wanted to do.” After trying unsuccessfully to dye her hair, she decided to “give in” and “embrace” her new look. 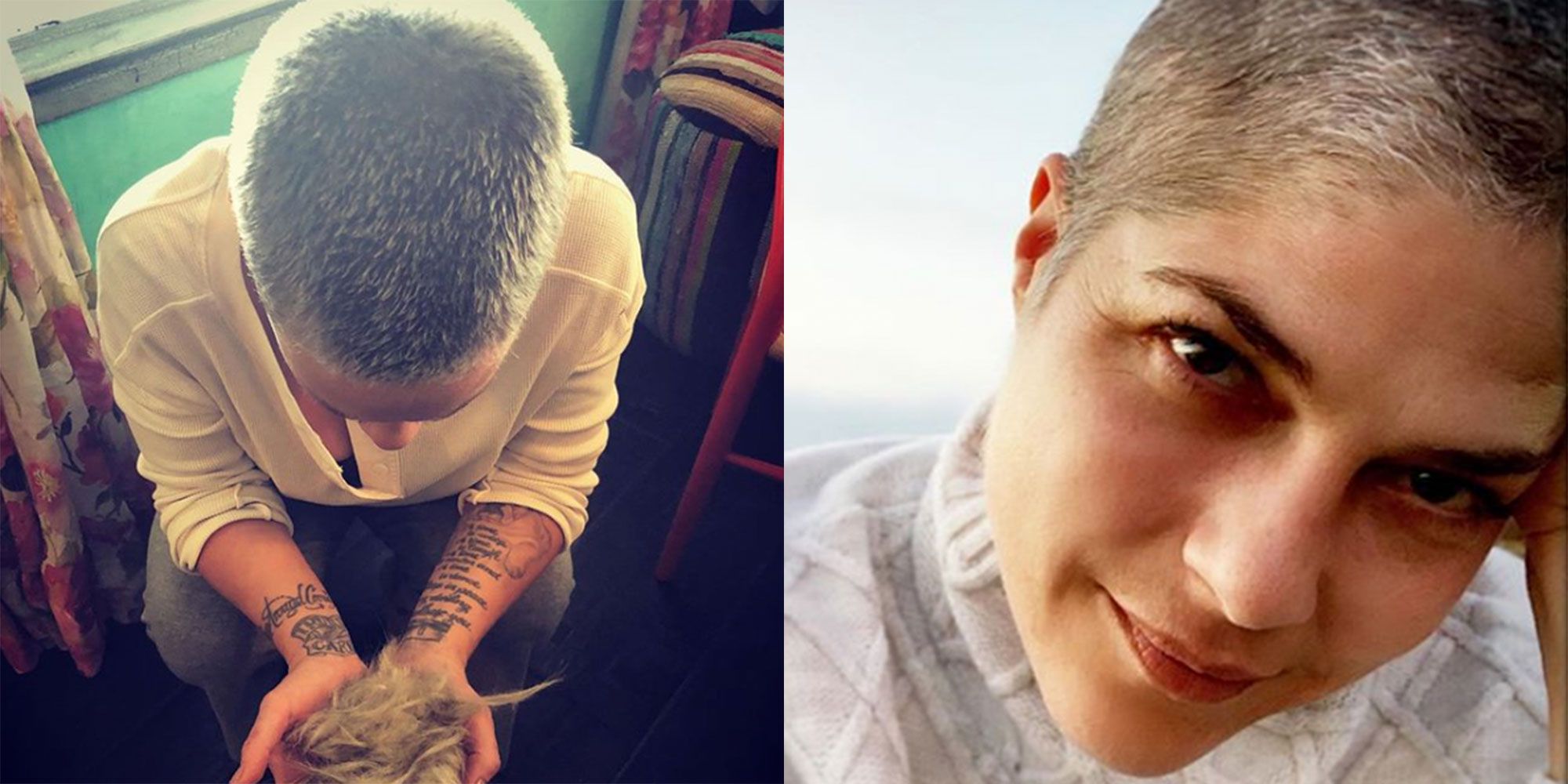 But, of course, Selma isn’t the only person who’s seriously into Pink’s new ‘do. The singer’s husband, Carey Hart, commented, “Love it!!!!!!!!!”

And it’s not the first time he’s gushed over the ladies in his life letting go of their locks. Pink’s 8-year-old daughter Willow also recently shaved her head, and Carey showed off Willow’s hairstyle on Instagram.

“Loving my punk rock daughter. Remember everyone, fly your own flag. There is no box to be put in. Its better to be your own self,” he wrote in the caption. “Own it, and love it. And if anyone has a problem with it, tell them (politely) to move on.”