The Iconic Movie That Changed Mandy Moore's Career Forever (Spoiler: It's Not 'A Walk to Remember') 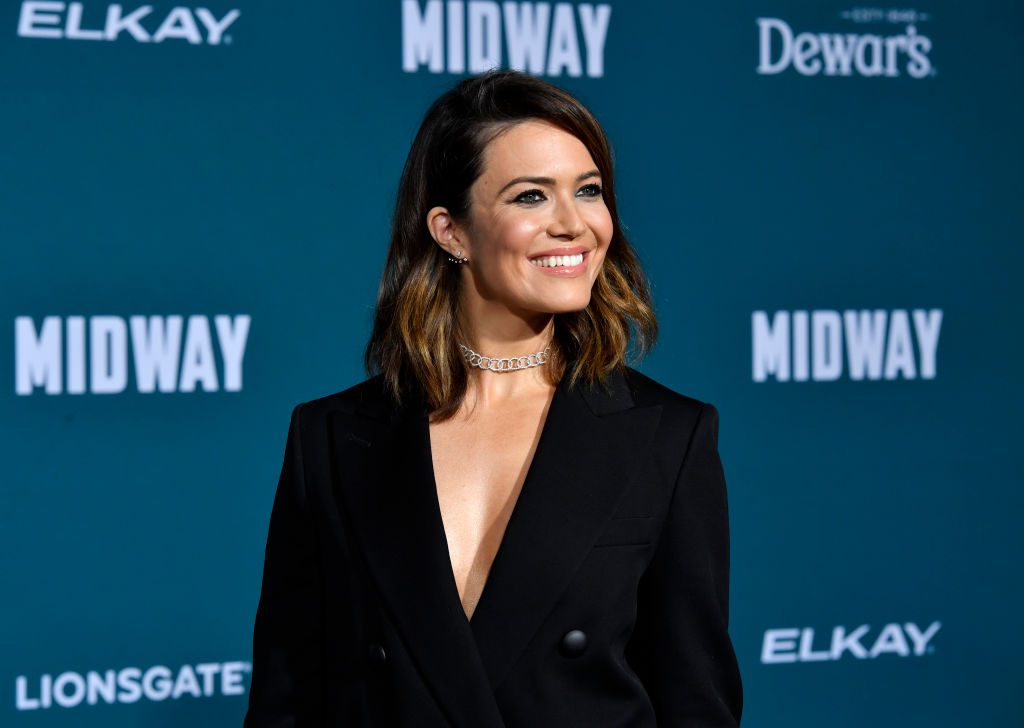 Mandy Moore is a pro at morphing into whatever character she takes on. The proof is in her weekly age-defying transformation into the many versions of Rebecca Pearson on NBC’s This Is Us. Fans recall Moore’s “breakout” movie debut in A Walk to Remember, but there’s another film that may have the lead in getting Moore to where she is now.

In the 2002 film (based on a true story that was adapted by the Nicholas Sparks novel), Moore played the terminally ill Jamie Sullivan.

For those unfamiliar, Jamie catches the eye of resident bad boy, Landon Carter (Shane West) just as he’s given community service after getting into trouble. The love story with a redemption arc inspired a generation of Moore fans.

Not only did the pop singer contribute to a little ear candy in the film, she and co-star, West, reunited in March 2019 when Moore received her star on the Hollywood Walk of Fame.

Though the movie shouldn’t be touched to re-boot, Moore told Newsweek who she thinks would make the perfect current version of Jamie.

“You know who I love but maybe she couldn’t play a 16-year-old? Beanie Feldstein,” she said. “I want her to play Jamie Sullivan. A Jewish Jamie Sullivan. I think that’d be a good, cute casting choice.”

Though A Walk to Remember made a big dent in Moore’s career, there’s another more low-key project that pushed her ahead at a rapid pace.

Many know Moore from her days of pop music hit-making. Once she crossed over into acting territory, she won over even the most hesitant critics.

One role Moore took on in 2004, had nothing to do with how well she did in A Walk to Remember. In fact, writer/director, Brian Dannelly, of the movie in question, Saved!, hadn’t seen the Nicholas Sparks adaptation.

To make it even more interesting, Moore’s character, Hilary Faye, was supposed to be played by fellow Princess Diaries alum, Anne Hathaway, who dropped out.

Dannelly later said had he watched A Walk to Remember before casting, he’d have chosen Moore in the first place. It’s likely because the character is so different than Moore’s squeaky clean persona in real life.

I’m about to embark on some major hiking and the best workout partner is my @fossil sport smartwatch! It helps me keep track of allllll my workouts. See more on my IG stories. #ad

The connections between Moore and Saved! are spell-binding.

“We hired John LeShay to be the music supervisor, who did the music for Walk to Remember. We had originally wanted to have Christian music in the movie, but also, he was Mandy’s manager,” Dannelly told DVD Talk.

“So when Annie Hathaway dropped out, we gave it right to her, and she’s like, “I’m in.” She had already been exposed to it.”

He went on to say that by the time Moore signed on, she was still “under the radar.”

Moore’s co-star on Saved!, Jena Malone, previously said they had doubts about the casting of Moore (because she was mostly known for being a pop singer at the time). She added Moore was ” incredible to work with and was always pushing herself to do better.”

The role of Hilary is so vastly different from the Rebecca Pearson This Is Us fans know and love. That’s probably why Moore had so many doors open after landing the project.

Moore’s career had only just begun after ‘Saved!’

A good ol’ #fbf to a time when I didn’t yet know how to smile and I walked the runway for a charity Fashion show. Also, let this be a lesson for us all: red eyeliner is not a good look. 😳😬🙀

Moore went on to film episodes of Entourage, Scrubs, How I Met Your Mother and more. Her Emmy-nominated role on This Is Us wouldn’t come for another 15 years.

Hathaway dropping out of Saved! was likely due to her schedule. Around the same time frame, Hathaway had Ella Enchanted, The Princess Diaries 2: The Royal Engagement, and Brokeback Mountain on the horizon. She’d also already found global success as Mia Thermopolis in the 2001 original, Princess Diaries.

Either actress could’ve done Hilary Faye justice. But, something tells us it’s exactly what Moore needed to show the world she wasn’t going anywhere.

Email ThisBlogThis!Share to TwitterShare to FacebookShare to Pinterest
Labels: Changed, Iconic, Movie, That, The