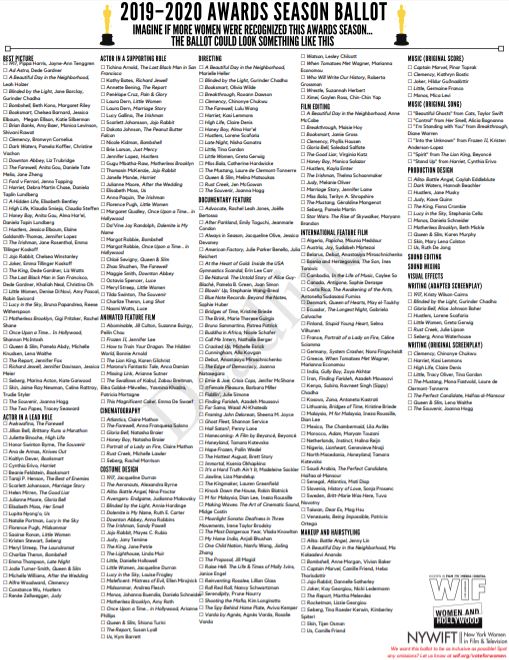 Talk about fortuitous timing. Women in Film launched its “Vote for Women” campaign today — just as the Hollywood Foreign Press Association unveiled its Golden Globe nominations, which include zero women for its film directing category.

Check out the group’s “2019-20 Awards Season Ballot” at the bottom of the post or get a closer look here.

WiF noted that it had planned to begin its campaign and release the alternate ballot today.

The group said its ballot includes four categories for which it doesn’t yet have suggested nominees — eligible suggestions are welcomed, it adds — and it has removed the shorts categories for now. The ballot will continue to be updated as WiF gets new information for various categories.

Email ThisBlogThis!Share to TwitterShare to FacebookShare to Pinterest
Labels: &#8216;, Film, in, Launches, Women